At the invitation of the Municipality of Utrecht, the visual artist Renée Kool and the designer Neeltje ten Westenend, in collaboration with Henriette Waal, undertook an exploration of the genius loci of Overvecht. Their quest resulted in two film works which – each in its own way – shed a new light on this post-war housing estate: Perfect Day (Neeltje Westenend) and Overvecht Between About ’64 and ’76 (Renée Kool). This book, containing a DVD of both works, examines the underlying ideas, the research and the methods adopted.

Through the ways in which they have pictured Overvecht, Ten Westenend and Kool have made a fresh contribution to the discussion about the value of post-war housing estates and their possibilities for redevelopment. With contributions by Paul Meurs, Saskia Pieterse, Leeke Reinders and Maeve Connolly. 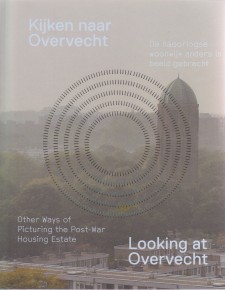