We Educate One Another

To round off their Rietveld Research Residency Sjaak Langenberg & Rose de Beer present the latest plans they have developed during their research. They will also introduce the key people they met during their year of research.

The ongoing economic crisis provides fertile soil for social transition and new forms of collaborative practice. In order for these collaborations to come about, a new type of intermediary is needed. The apparent conflict between different worlds seems to stand in the way of solving urgent social problems. In order to understand one another’s words, another language needs to be designed, one which can build a bridge between the world of art and that of care for the elderly; between social design and international finance; between free art and real estate, et cetera. There is a need to educate one another. To make a start with this, in their research Langenberg & De Beer seek out comparisons between their own art practice and the practices of behavioural therapists, popular philosophers, conjurors, transition-managers, idealistic admen, and illustrious figures such as the politician Antanas Mockus – one-time mayor of Bogota who facilitated increased traffic safety by retraining policemen as mime artists.

The apparent insolvability of many important (socio-economic) issues can be traced back to the inability (or refusal) to really change ones behaviour. Artists and social designers can be capable of reframing societal issues – on the basis of which, new perspectives for taking action arise: Artists make alternatives both visible and tangible.

Completely different types of assignment lie over the horizon, dissimilar from those which have thus far been issued in relation to art in public space. The new intermediaries can play an important role in terms of these assignments.

It’s all about people… so that’s why Sjaak Langenberg & Rosé de Beer are introducing:

Mieke Moor, a philosophical and organisational advisor with management consultancy Twynstra Gudde who specialises in issues concerning basic knowledge of ‘organisation’: the human ability to manage the everyday chaos of reality. Much of our daily activity is dominated by the business of organisation – through policy planning, strategy memorandums, organisational charts, we attempt to get a grip on the complexities of our world, create an overview, and master the risk factor. Often, within this organisational mania, little space is left for an awareness that what is ‘really important’, is actually impossible to organise. Much of value is dismissed within the paradigm of usefulness. Within the healthcare system, for example, the ‘violence’ of organisational mania is palpable. Moor has investigated this theme comprehensively in her 2012 PhD, expanded into the book, ‘Between the Lines/Rules – an aesthetic dissertation on violence and organisation’, a daring book about the relationship between art and work.

Anita van de Looij, during the course of her study in Veranderkunde (Change Expertise), developed a new method in which she utilised artistic interventions to tackle organisational issues. She investigates the characteristics of artworks situated on the border between art and organisation(s) and is working on a book on this topic. She has been, among other things, head of Sustainability, Energy and Environment for the city council of Tilburg.

Sjoerd ter Borg studied political science at the University of Amsterdam and, together with Anne Janssens, formed a creative project bureau for jobs well done: CiP Kollectief. Following that, he was part of Vacant NL at the Sandberg institute and conducted design-based research into temporary uses for empty buildings. This led to the plan ‘Uitgeverij van de Leegstand’ (Empty Property Distribution). Together with Mattijs Voordenberg, he recently made a documentary about the future of student activism. During his political science study he frequently discussed the topic of ‘wicked problems’. Ter Borg thinks that it is precisely designers who should be involving themselves in these societal problems, because policy is always written from one particular perspective.

Tabo Goudswaard is a social designer. He graduated in 2009 from the Gerrit Rietveld Academie in Amsterdam, department of Fine Arts (DOGtime). He develops artistic strategies for (bogged down) social issues. He is currently structurally affiliated with Geen Kunst, advisories to management consultancy bureau Twynstra Gudde, whereby artists and advisors work together to achieve the greatest possible impact on societal issues. Goudswaard is also the initiator of public research project SocialDesignForWickedProblems – it is within the framework of this investigation that Sjaak Langenberg & Rosé de Beer worked on the societal issue ‘financial unconsciousness’ which was submitted by ING Insurance/Nationale Nederlanden.

These ‘intermediaries’ reflect on the work of Langenberg & De Beer. They will show how they, each in their own way, act as translators and guides between the world of art and the world in which they themselves operate.

The Rietveld Research Residency is a joint initiative of the Gerrit Rietveld Academie and the Mondriaan Fund. It offers artists the opportunity to focus on a research project. In 2012 Langenberg and De Beer were affiliated for two days a week with the Sandberg Instituut, the Rietveld Academy’s institute for master programmes. 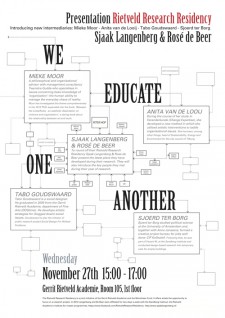 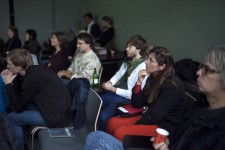 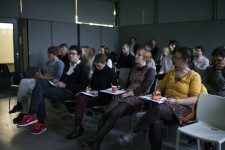 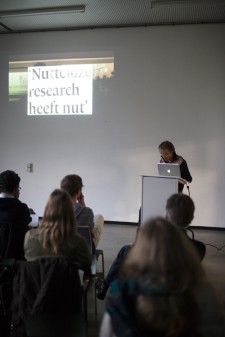 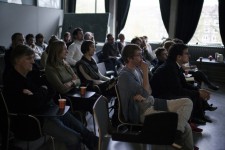 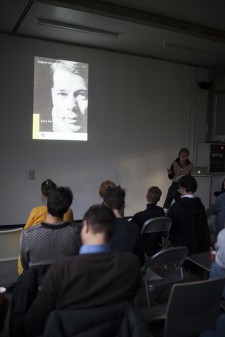