A Programme on the Relation between Art, Knowledge and Science

Does art produce its own kind of knowledge? Where is the synergy between art and ‘hard’ science? And what value do we place on curiosity and imagination in today’s knowledge-driven economy? Unfinished Systems of Non-Knowledge (Part 1) is a public event exploring the dialogues between art, knowledge and science. To answer these questions, scientists, curators and artists revisit examples from the early Modern period when art and science where not yet strictly separate disciplines. Unfinished Systems of Non-Knowledge is the first part of a longer research project and a prelude to a three-day event in the winter of 2014-2015.

Unfinished Systems of Non-Knowledge (Part 1) is the first part of a longer-term research project developed by curator, writer and researcher Christel Vesters, which investigates and tests the potential of art as an alternative knowledge system. The project explores the possibility of alternative knowledge systems – in the visual arts, literature and the sciences – that are notable for their subversive agency in terms of dominant ideas on knowledge and models of knowing.

In the history of the West, art has traditionally been identified as ‘another form of knowledge’. The relationship between art and knowledge is a complex and often contested one. Historically, art has long claimed to be a possessor and producer of knowledge that is ‘other’ or ‘different’ – knowledge that does not spring from the intellect, but from intuitive or speculative imagination. In this way, ‘art as knowledge’ avoids or undermines the laws of objective logic and science. What, in fact, is this other, alternative form of knowledge? How is it created, what drives it, and how does it operate? What is its value in relation to our contemporary society, in which ‘thinking differently’ is being subjected to increasing pressure?

With these questions as a starting point, Unfinished Systems of Non-Knowledge (Part 1) investigates the development of alternative knowledge and thought models in visual art, literature and the history of the sciences. Examples and experiments from the Early Modern period are explored, when art and science were not yet strictly separate disciplines, when curiosity and imagination were driving forces for many new discoveries.

Part 1 of Unfinished Systems of Non-Knowledge has been developed in conjunction with the exhibition, Curiosity: Art and the Pleasures of Knowing, currently on view at De Appel Arts Centre, and includes a programme of performances, lectures and presentations in which philosophical reflection and theoretical explanations are juxtaposed with hands-on experiments and performances. 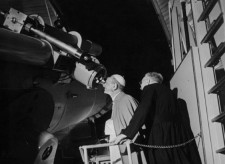