The focus of Yael Davids’ research A Daily Practice is on somatic learning and consists of three phases. The research, supervised by the Van Abbemuseum and the Gerrit Rietveld Academie, is inspired by the work of Dr. Moshé Feldenkrais. Feldenkrais developed a method for people to change bodily habits from within. This method has played an important role in Davids’ artistic practice in the last years. 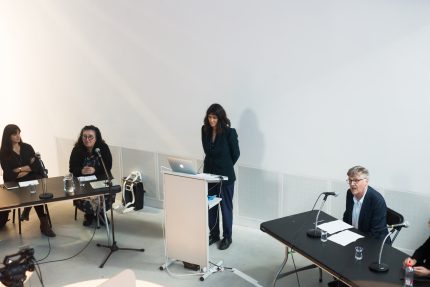 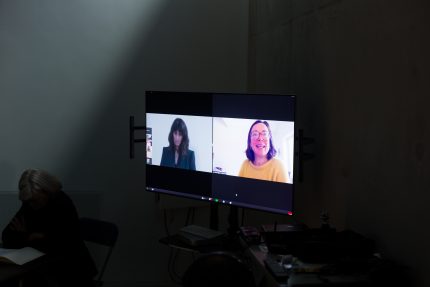 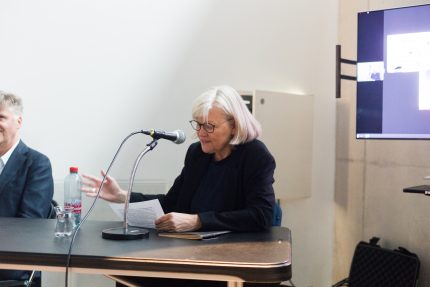 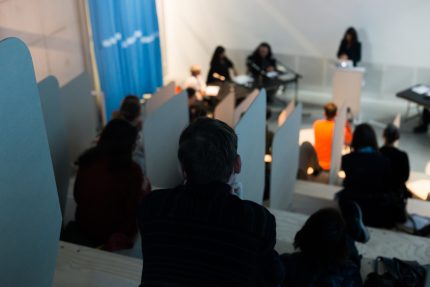 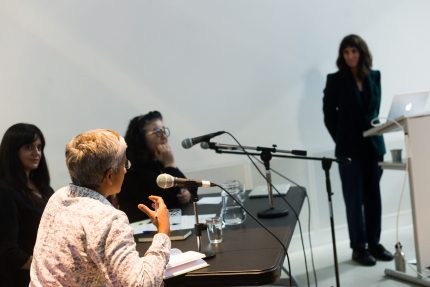 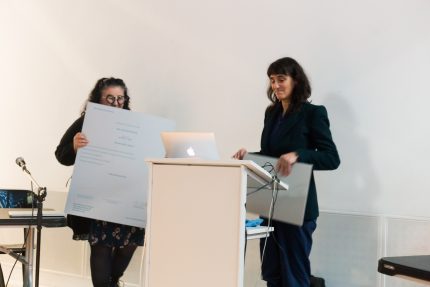 You can view the recording of the live-stream via this link and read more about the trajectory on the website of Creator Doctus.

The second CrD trajectory started in January 2020 and involves a partnership between Sandberg Instituut and Waag in Amsterdam. Femke Herregraven has been selected for this pilot with her research project ‘The Evacuated’.

In a time when financial markets trade in potential future catastrophes, so-called cat bonds, this CrD trajectory starts from a question of agency: what is left to say about a future that is already mapped, calculated and traded on financial markets as a catastrophe? ‘The Evacuated’ investigates how the ‘catastrophe’ can be overcome as an anxious monetised eventuality in the current ‘discourse of doom’, and instead be reactivated as a plot device and create a sudden turn in dominant stories of techno-capitalism and knowledge.

The trajectory will be supervised by Chris Julien on behalf of Waag, an institute that operates at the intersection of science, technology and the arts, and Flavia Dzodan, senior researcher and writer, on behalf of Sandberg Instituut (master programmes of Gerrit Rietveld Academie).

The co-funding for this second pilot is provided by