From webcams to the moon

Precarious Aesthetics – from Webcams to the Moon is a two-artist show with PhD candidates Daniela de Paulis and Paula Albuquerque at BRADWOLFF PROJECTS. These two international artists present their art practice, in which both research and media play a central role. The projects are connected through De Paulis’ and Albuquerque’s use of image decay.

Daniela de Paulis researches ‘Visual Moonbounce’, images reflected by the moon. Paula Albuquerque researches the cinematographic properties of surveillance cameras. Both create corrupted images of the ‘here and now’ by incorporating the footprints of unpredictable mechanical and astronomic data-producing phenomena.

Albuquerque and De Paulis expose our contribution to the production of a continuous super-reality. This triggers further thought about the position of the spectator who play a central role in both artists’ form of content. By organizing salons this interaction is intensified and its meaning unfolded.

During an artistic residency at the radio telescope in Dwingelo, Daniela de Paulis developed the Visual Moonbounce technique. She used the moon as a satellite to send images from a location on earth via the moon back to the earth. At BRADWOLFF PROJECTS she presents her most recent research. Part of this presentation is the video ‘Blue Marble”, named after the iconic photo of the earth which is central to the work and also part of a single live performance by the artist.

Central to the work of Paula Albuquerque is her fascination with webcams constructing a continuous stream of reality. She researches the cinematographic potential of these images. ‘OnScreen Débris’ has the 2013 Boston bombings as departure point: in the process of identifying guilty parties, any passing commuter becomes a potential wrongdoer. In ‘Portraying A’dam’ (a work in progress) Albuquerque makes use of the continuous archival production of public webcams, which surprisingly reveal a great amount of detail: we can identify facial features, number plates and chewing gum on the sidewalk. People become (unconsciously) captured by the information sources and, consequently, connected with one another.

Paula Albuquerque studied at the Gerrit Rietveld Academie and the Sandberg Institute in Amsterdam. At present she is a PhD Candidate in Artistic Research at the University of Amsterdam in collaboration with Gerrit Rietveld Academie. At these institutions Albuquerque works also as a tutor of the Art and Research Honors Program. Her experimental film-based artwork has been presented among others at the Netherlands Media Art Institute, Museum Boymans van Beuningen, Berardo Collection Museum, Venice Biennale, São Paulo Art Museum and Beijing Today Art Museum.

Daniele de Paulis studied at the Accademia di Belle Arti in Rome and Fine Arts at the Plymouth University in the UK. At the moment she is a PhD student at the University of Amsterdam in collaboration with Gerrit Rietveld Academie, developing her research on Interstellar Transmissions in Live Performance. She is the founder and director of the AstroArts program. In 2013 she founded Cabine Voltaire, a pioneering online, collaborating platform for open debate on the arts and science. De Paulis exhibits internationally, often collaborating with artists, scientist and radio amateurs. 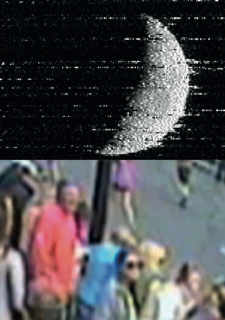