What is the relationship between architecture and eroticism, between power and money? What if architecture is lead by the human aspects of life and existing locations, instead of being driven by marketing strategies and architectural heroism? This is exactly what the English architecture critic Rowan Moore is researching in his recent book Why We Build. For those who have learned that the best architecture is ‘timeless’ be prepared for a lecture in which Moore states that the eternity value of architecture is heavily overrated.

Rowan Moore has been educated as an architect at Cambridge University, but afterwards went into journalism. He was editor for the architecture magazine Blueprint and has written articles for The Evening Star and The Guardian. In 2002 he succeeded Lucy Musgrave as director of the Architecture Foundation. From 2008 onward he has devoted himself completely to research and journalism.

The Knight’s Move
Stroom Den Haag yearly organizes a couple of leading lectures called The Knight’s Move with international speakers that distinguish themselves with unusual, clarifying and inspiring visions on the city, urbanity and the public domain. Like the knight that moves on the chess board jumping over bishops, kings and rooks, Stroom wants to give the conversation on the city a new impulse.

The Knight’s Move is made possible by the Creative Industries Fund NL and the Haagse Bluf Fonds. 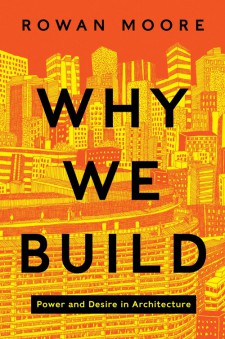