The installation Milk and Star in the artists initiative Lost Property consists of objects that are symbols made of apparent meaningless everyday material as well as objects that contain a certain action within them. The work is based on an installation that Curdin Tones made previously for Het Torentje in Almelo.

From an printed oversized T-shirt a muscled man with this arms in the air looks up provokingly at the viewer. His shirt, which is a little too small, emphasizes his trained biceps against the neon-yellow background. It is a stereotype and an idealized image of manliness. On another T-shirt three boys are pruned that are playing with a kite, somewhere on the street. The kite seems ordinary, but then it becomes apparent that on the kite, which is held upside-down, the same muscular man is depicted that looked at your so provokingly from the other T-shirt. The two T-shirts show the same picture, only in one picture the boys dominate the image and in the other the man in the center of the picture, and the boys turn into the abstract background. Something strange happens in the shifting and reversing. You seem to be caught in between the everyday reality and the flat image; between material and an image as symbol.

Also in the upper space of Lost Property the viewer is activated. Here a heavily shining star with bright lamps hangs. It blinks in a mechanical rhythm and asks for attention like commercials in Las Vegas. The light shines on a beer table with glasses and cartons of milk. Some are half empty, like a group of people just walked away and can come back and sit down at any moment. The milk is offered, the visitors can poor a glass and temporarily participate in a social construct.

The movement between the objects, their material reality and their functioning as readable sign, repeats constantly in this installation. The two oversized T-shirts can be worn and in this manner they are part of the reality of the viewer. A pile of cloths asks to be ‘read’: The lumberjack motive, the Hawaii shirt of a guy with a mustache like Magnum P.I., a glittering red-orange blouse that calls the image into mind of a barbecuing and salsa man in a Caribbean setting. It is as if all kinds of types manliness are shown. Where the T-shirts still have the ambiguity of a physical object and a readable icon, these fabrics show their superficiality and refer to the mean with which we take on our identity and give it meaning.

In the installation Milk and Star things are subject to a process of exchange and seduction. Here the unstable boundary is continuously sought between the materialness of an object and our notion of it, with which apparent meaningless everyday materials become performative objects.

The exhibition Milk and Star in Lost Property takes place in dialogue with the work of Martha Wilson America the Beautiful and on Saturday evening 8 June Orpan Morphan , dialogues in divine memory of Owen Land. Parallel to this exhibition there is the installation of Curdin Tones From chaos to the brain, Robinson Crusoe in DortYard.

The artist Curdin Tones (1976) lives and works in Amsterdam (NL) and Tschlin (CH). Since 2003 he works with Galerie de Expeditie in Amsterdam. His work has become part of different private and museum collections nationally and internationally. Since 2005 Tones is also a teacher at the Gerrit Rietveld Academie. 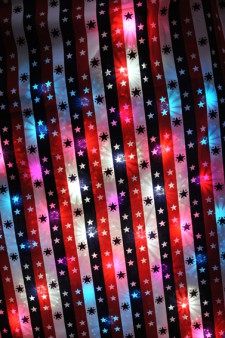 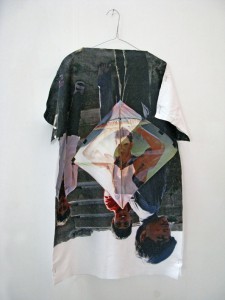