The studio is aimed at mapping out a matrix of demands that would capture Zuidas’ opportunity to offer new prototypes of public-private environments.

The Zuidas development presents a critical step for both the city of Amsterdam and the entire Deltametropole. It marks the overturn of Amsterdam’s historic monocentric morphology, yet its challenges reach further than that. What is to be developed is indeed a new model for a non-historic European city centre that is embedded in the particular socio-economical and cultural dynamics at the beginning of the 21st century.

On the level of urban planning, the current masterplan proposal suggests a typical modernist tabula rasa strategy, establishing a new ground plane (as veritable table) bridging and hiding away the existing condition of dense infrastructural lineages which are, in fact, one of the main reasons for the site’s proliferation. A regular grid of city blocks then shall delineate architectural massing, while Zuidas’ infrastructural grounds are planned to become evident in its centrally located transfer station, planned as the country’s fifth largest railway station in the near future.

We have been invited to focus with our Berlage studio on this transfer station, partly on account of our experience with Arnhem Central, for which we developed the Deep Planning method. The procedure of the Deep Plan involves generating a situation-specific, dynamic, organisational structure plan with the aid of parameter-based techniques. The in-depth, interactive nature of the Deep Plan means that it incorporates economics, infrastructure, programme and construction in time. The method demonstrates where different topographical areas produce shared values. As a result, relations instead of the optimisation of individual data form the parameters of the project, generating potentials that no single, individual interest could have engendered.

Thus, we will use the transfer station as case study for a productive inquiry into some of the issues that concern the development of Zuidas in general. Appointed to become the main transportation hub of the location (and possibly of the entire Amsterdam region), the station will be of central significance to the overall Zuidas area development.

Mapping a location’s strategic and economic potential is an essential precondition for urban development. We therefore propose that a critical review is made of the existing proposals and the urban instruments so far put forward for Zuidas, such as the dock model, beam scheme, and urban plinth. Questions that we expect to confront are: To what extent does the Zuidas area demand a new type of mixture between corporate businesses and housing on the one hand and knowledge-based, advanced industries and cultural production on the other hand? What type of discourse is necessary to create the conditions for the rise of such a new model? And, what planning techniques need to be applied or even invented to translate such manifold ambitions into productive and future-oriented spatial organizations?

The studio is based on the working modes of research & development. The 18-week term is planned to be divided into four phases. Students are asked to perform in various team configurations.

Phase 02 (4 weeks): Toolbox.
Consolidation of analysis into a set of problem-defining questions and production of a comprehensive framework of concepts and techniques.

All images are Courtesy of Berlage Institute 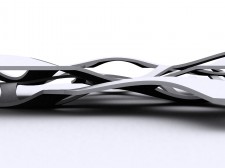 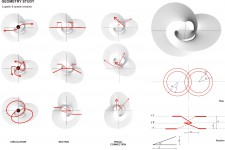 Orgacom - In dialogue with the South Axis